Value, quality of product or service, and customer experience have traditionally been viewed as key differentiators for many successful businesses. Top performing organizations have long prided themselves on delivering on these promises; however, reports on consumer trends indicate that customers, clients, and users want more than value—they want values.

As consumers become more aware of the impact their buying decisions can have on the world around them, the beliefs and values that drive a company's brand are becoming increasingly important. A 2019 survey conducted by Clutch revealed that organizations' values are becoming more important to North American consumers, which can affect both sales and consumer loyalty. The survey reported that 71 per cent of consumers say it's important for organizations to take a stance on social issues and current movements, and 75 per cent say they'll start shopping at a company supporting a cause they’re aligned with. Further, a 2019 report from Accenture reveals that this is especially true for historically marginalized groups. Forty-two per cent of ethnic minority shoppers and 41 per cent of LGBTQ shoppers would switch to a retailer committed to diversity, equity and inclusion.

Here are three companies that have aligned with their customers' values by taking a public stance on social issues, demonstrating that speaking up is a powerful way to connect to consumers.

For Vancouver-based Native Shoes, environmental sustainability is baked right into its footwear. Using unique manufacturing techniques and vegan materials, the company is actively working to lighten its carbon footprint. Most notable is its groundbreaking, limited-edition Plant Shoe: the first 100 per cent biodegradable shoe made of all-natural materials that can be composted after it's taken its last step. Additionally, its Remix™ Project recycles customers' well-loved Native Shoes by giving them new life in projects across the community. Leveraging a proprietary regrind process, they can break down every style of Native Shoes, transforming them into versatile material that helps create seating, playground flooring, insulation and more. With environmental devastation becoming a growing concern for many people, Native Shoes has given its customers a reason to feel good about supporting their business.

While Native Shoes is building a reputation on doing good for the planet, Peloton, the wildly popular fitness bike that took the world by storm in 2020, is a company focused internally on its employees. After the murder of George Floyd in 2020 and the subsequent global mobilization of the Movement for Black Lives, many organizations quickly made statements about anti-racism and announced significant monetary donations to the cause. People have rightfully criticized certain organizations for performative allyship in cases where the public commitment to anti-racism did not match racialized employees' lived experiences at those same companies. Peloton's co-founder and CEO, John Foley, shared in a public memo last year that the company would be making a $100 million investment over the next four years to fight racial injustice and inequity. True to their word, Peloton has not only made a significant financial commitment but has worked diligently to become an anti-racist organization from the inside out. This includes providing anti-racism learning opportunities at all levels of the company, reporting on diversity data, conducting a comprehensive inclusivity audit, and implementing bias-mitigating strategies in all critical points of the employee lifecycle, from hiring to promotions and beyond. Throwing money at a cause is no longer enough—customers expect companies to walk the talk, and Peloton is doing just that.

For some organizations, demonstrating their commitment to living their values means focusing their efforts internally. For others, like Thinx, it's about ongoing education and advocacy. For the uninitiated, Thinx is a company that makes underwear that can be worn during menstruation as a substitute or a supplement to traditional menstrual hygiene products. From advocating for equitable access to menstrual products with the THINX2020 campaign to their EveryBody puberty education programs, Thinx is committed to more than just selling period underwear. They're fighting for better opportunities for young people to learn medically accurate information about their changing bodies in a safe, empowered space, and amplifying grassroots activism to end period poverty. What is equally impressive is Thinx's commitment to inclusive messaging across all platforms. Their blog, Thinx Piece, for example, covers topics as wide-ranging as how racism affects the health of people of colour, making space for trans folks in the conversations around menstruation, and rethinking our complicated relationship with plastic. Approaching business through this intersectional lens has allowed Thinx to appeal to a broader audience.

While it was once a PR rule of thumb to not take a side on any hot-button issue, people now expect companies to demonstrate a commitment to their values by showing support for social causes. What's more, it's no longer enough to simply donate money—consumers have a low tolerance for disingenuous gestures and are looking for real action. We've decidedly moved into an era where corporate social responsibility is now table-stakes. Organizations hoping to align their social efforts to their customers' values can look to these three companies as examples of corporate activism done well: committing to change through innovation, taking a hard look internally at equitable business practices, and connecting authentically to their communities. 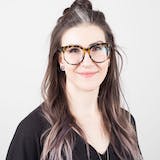 Vinciane is the Director of Learning & Culture at Versett. Her role is to ensure that our team members have the tools and resources to do the highest-quality work of their careers, and the support and psychological safety to bring the best version of themselves to work every day. Follow Vinciane on Twitter @vincianedepape

Software provides powerful operating leverage for an organization. How can you start to think like a software company and start to build the company of the future