Ferran Adria is considered one of the world's best chefs. In 1994, he opened elBulli, a 3-Michelin starred restaurant in Spain that won “Best Restaurant in the World” five times before closing in 2010. Adria was a prolific innovator, ushering in the concept of “molecular gastronomy” and pioneering many other new kitchen techniques (you can thank him for all of that foam you see on food these days). He was also prolific, creating over 1,846 dishes over the course of his career at elBulli.

I heard an interview with Adria a few years back and he said something that has stuck with me ever since. When asked about how he approached making his recipes, he responded:

“We don’t create dishes, we create preparations. This way we make many dishes.”

Preparations. Now that's an interesting word. Adria approached creating great food as a result of refining the basic building blocks of ingredients and then combining them in interesting ways. He found that if you mix sodium alginate with calcium, a gel forms. This gel can be transformed in all sorts of ways – when added to other preparations the result can be wholly new. If you start from a recipe, all you get is a recipe with a twist. Adria flipped the script and developed a strategy for adaptability and iteration, giving him the platform to respond as new information came in.

When operating a business it can be tempting to look for recipes. It's human nature to seek out the answers or playbooks that give us a sure bet or a clear path. Everyone wants a map. And to some extent, the recipes that make up the bulk of business writing today provide some insight, but often fail to prepare for a changing world. Why? Your business is a complex system that differs in a myriad of tiny ways from any other organization. The way you work. Your customer relationships. Your people. These are different in every industry and every company. Recipes underrepresent that complexity.

Shane Parrish writes "When we set out to understand a complex system, our intuition tells us to break it down into its component pieces. But that’s linear thinking, and it explains why so much of our thinking about complexity falls short. Small changes in a complex system can cause sudden and large changes. Small changes cause cascades among the connected parts, like knocking over the first domino in a long row."

Recipes cause harm because they only prepare for a future that is in the past. By oversimplifying complexity we limit our ability to change. So how do you shift your approach from recipes to preparations?

The answer partly lies in shifting your decision-making from large decisions to small bets. Vaughn Tan puts it this way when talking about operating in uncertainty. "Take small but immediate actions that are designed to limit commitment while allowing exploration of the changing situation." Directionally you still need to be on point, but by placing smaller bets you can get a lot wrong and still be right in the end.

Let's use marketing as an example. In recessions, this is a clear, obvious discretionary item to cut. The typical plan would be to slash the marketing budget to prepare for reduced demand and save costs. It’s hard to argue with that.

But on the other hand, taking a preparation approach would seek to gather more information to help you adapt as things change. If you slash marketing, you lose the ability to collect information about how your customers are reacting. So the strategy here might be to reduce marketing spend but to increase the variance in messaging and approach. Place a series of different promotions and messaging that can be easily modified to respond to unexpected behavior.

This simple example points to the importance of creating optionality for your company. More information helps increase the hit rate in decision-making. It's your job to find ways to sift through it all and make more right bets than wrong ones. 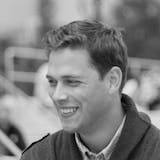 How We Manage Uncertainty

As a business owner, you face continuous complexity. The world is uncertain: times are changing, and you need to be prepared to deal with it. How do you know where to focus your effort and initiatives